Being a Taiwanese, eating mooncakes during the Mid-Autumn Festival is a given (although there is also BBQ). Do you often struggle to decide which mooncake gift to get at this time of year? Do you also have the same trouble that your Mid-Autumn Festival mooncake gift box must surprise everyone including your hometown parents and friends? No more worries! Get some gift ideas from our recommended top-10 list of the long-time word-of-mouth mooncake bakeries in Taiwan, for hand-picked Taiwanese brands mooncakes and timeless designs.

These mooncakes are picked for their potent classic Taiwanese flavor. You would want to try them during this year's Mid-Autumn Festival! 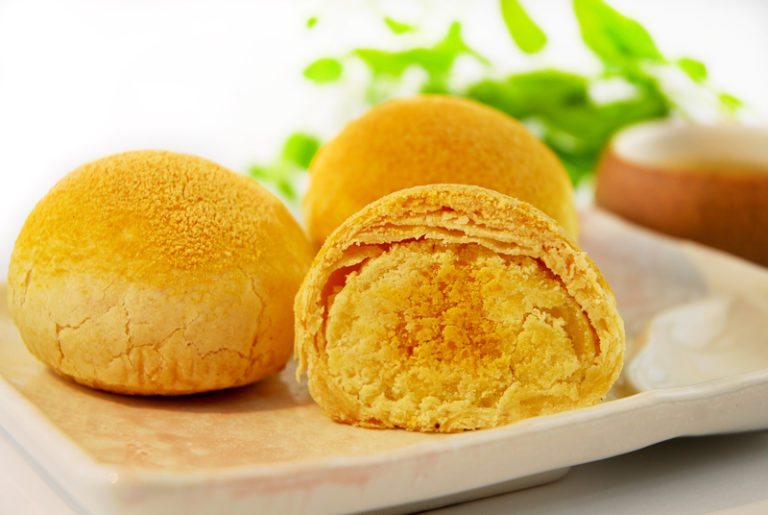 Located in the Yonghe neighborhood, the renowned ancient bakery "Master Wang Bakery" opened its doors in 1993. It is always filled with people on the eve of the Mid-Autumn Festival every year. The store is constantly packed with people hurrying to purchase "Golden Moon Girl" , the store's hallmark item. The Bakery owned by Master Wang has a patent on Golden Moon Girl.

The conventional egg yolk pastry is enhanced by it. It is not sweet nor fatty. It combines the flavor of milk with the delicate mung bean paste. The sweet and salty treats don't have any grease. The shop used to be difficult to find, but now that internet shopping and fax purchasing are available, you still have time to get it if you act quickly! In addition to Golden Moon Girl, well-known desserts include egg yolk cakes, taro cakes, and pine nut cakes. Remember to make reservations in advance if you wish to gift your friends and family with Master Wang to avoid disappointment. 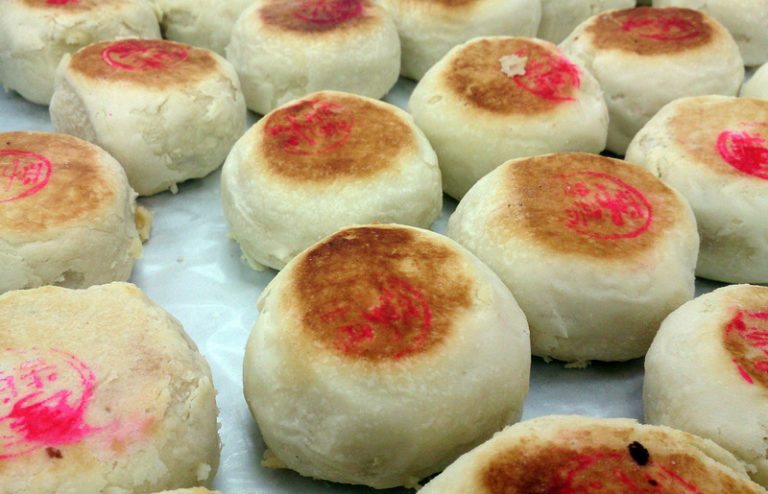 The "Li Hu Bakery" in the vicinity of the Keelung Miaokou was established in 1882 and has a more than 100-year history. The store is constantly crowded with tourists, whether it is the Mid-Autumn Festival or other days. Its goods are distinguished by thin skin and numerous fillings. The delicate taste has repeatedly received New Taipei City's Best Souvenir Award. If you enjoy classic flavors like mung bean paste cake, winter melon cake, and pineapple cake, you might as well go to Li Hu Bakery when you travel to Keelung Miaokou. Pineapple cake is Li Hu Bakery's shining emblem. Li Hu Bakery is an excellent option if you require Mid-Autumn Festival presents but are worried about your budget.

3. Chiate Bakery is the industry pioneer in pineapple cake 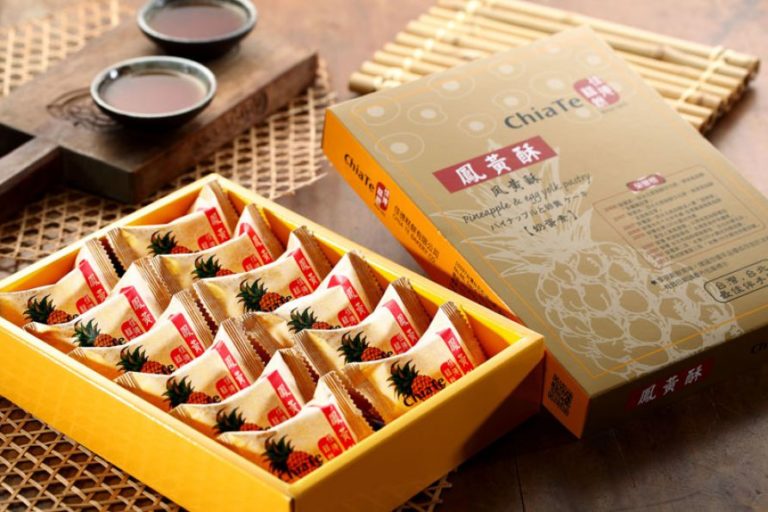 Chiate Pastry has been around for more than 40 years, having been founded in 1975. In 2006, it won the first Taipei Original Pineapple Cake Gold Award, and in 2010, the Taipei City Government named it the finest gift shop. It already serves as a model store for pineapple cakes from Taipei. Each product has a deep milky scent and is created with premium ingredients without the use of preservatives. The pineapple cake, which has received numerous local food honors, is Chaite Pastry's most well-known item. Chiate Pastry continuously improves and innovates on the classic flavor, creating dense pineapple cakes and sweet-and-sour cranberry pineapple cakes. Additionally, there are nougat, mung bean paste cake, and milk shortcake. Who said that a gift box for the Mid-Autumn Festival could only contain mooncakes? 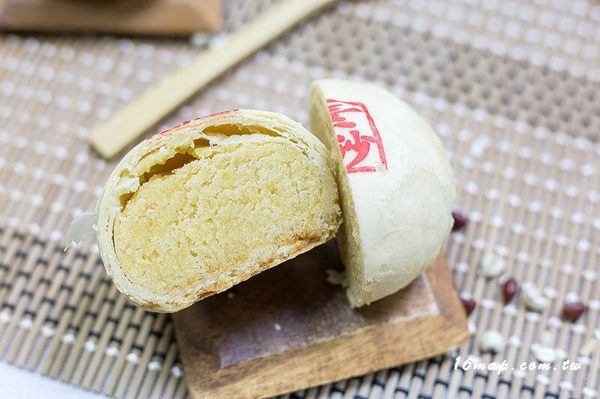 Those who enjoy the traditional Taiwanese cakes are fortunate. The Banqiao area's Kaixi Bakery was established by "Changyi Xibing" from Beigang, Yunlin and changed its name formally to "Kaixi" in 2016. In order to preserve the authentic Taiwanese flavor, the majority of the raw ingredients come from Beigang, the hometown of founder. The flavor has changed in response to the openness of the north. With the addition of contemporary ingredients such as konjac, traditional Taiwanese cakes with curry braised pork, braised pork bean paste, braised pork mung bean fen, etc. can also burst into new flavors while keeping the flavor of braised pork that the central and southern regions enjoy. 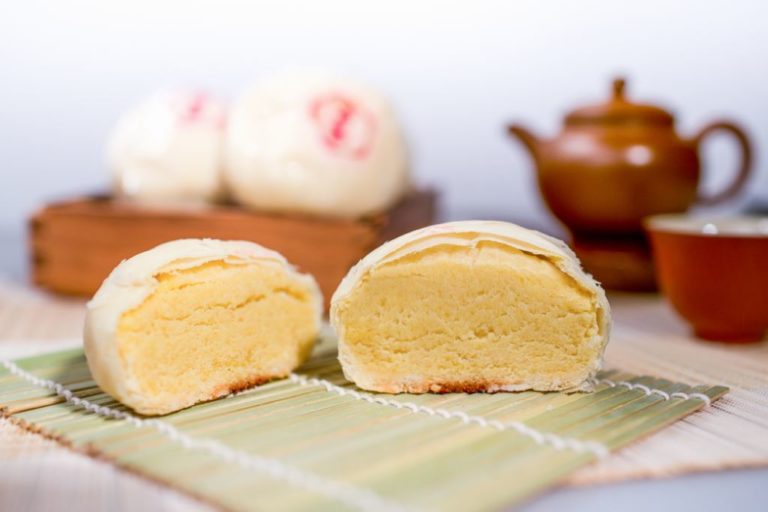 Snowflake Bakery was founded in 1900 and inherited the literati's powerful lyrical mood from the couplet "Flowers scent the world in mid-autumn laurel, Snowflake Bakery in front of the twelfth lunar month."

The delicate feelings that may be found in the Snowflake Bakery cakes can also be found in their snow-white and layered appearance. During the Taisho era in Japan, their unusual mooncake made with mung bean paste won the Taiwan Pastry Exhibition Award. Since then, in response to growth, the original Snowflake Bakery store has been renamed "Lao Snowflake Bakery," carrying on the legacy of the institution. Mung bean cake, pineapple cake, almond cake, and other items are suggested by Snowflake Bakery, a company dedicated to helping consumers eat healthily, because of their natural ingredients and light, natural flavor. Don't miss the limited-edition Wuren cake, which is only sold during the Mid-Autumn Festival once a year. If you wish to give a Mid-Autumn Festival gift box , kidney kernels (fruits), melon kernels (seeds), pine nuts (seeds), potato kernels, and another five ingredients are combined to make "Wu Ren stuffing," a delicacy that is a must-have for senior citizens!

Famous pastry business Yu Jen Jai Bakery was established in 1877 and is located in Lukang, Changhua. Huang Jin, the founder, is a well-to-do businessman from Lukang. He received acclaim from his friends for being delectable since he invited a talented pastry chef from Quanzhou, China to prepare tea. He started a bakery and asked the eminent physician Chen Baichuan to engrave "Yu Jen Jai Bakery." He maintained the rich literary legacy of the area and created pastries that go with the custom of drinking tea. The careful and refined taste is highly regarded among the literary elite in the area. Later, as history progressed, Yu Jen Jai Bakery's reputation held firm amid conflict and upheaval. There are currently various branches available for purchase in Taiwan. The traditional foods that Yu Jen Jai Bakery is famous for are actually water hyacinth cakes, mung bean cakes, and almond cakes, in addition to Cantonese-style moon cakes. 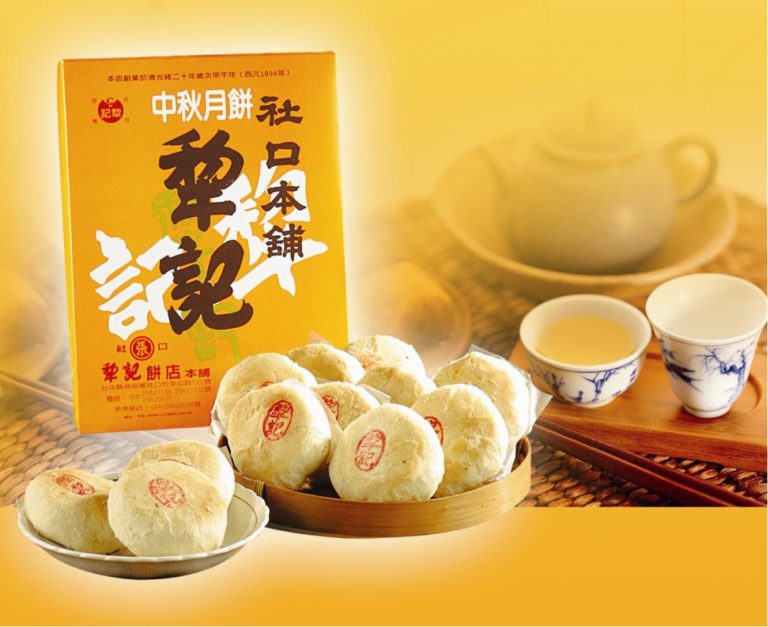 Taichung Shekou LJ Bakery was founded in 1984. An historic bakery called Li Jee is located in the nation's center. It is the only one in Taiwan, despite having a well-known reputation, and there is no semicolon. The late Qing Dynasty had great prosperity in the Taichung region. Celebrities from the worlds of business and politics enjoyed exchanging cakes. At that time, Snowflake Bakery led Fengyuan Zhongzheng Road, and LJ Bakery represented Shengang Shekou Village. It has been endured for hundred years and is still standing. As a result, the cakes from Li Jee are delicious but not greasy, and the pricing is fair. Li Jee is distinguished by inheriting the proportion of raw materials from ancient times and manufacturing it following the ancient way. Friends can purchase traditional Taiwanese cakes from the Li Jee store if they enjoy their flavor. Taiwanese moon cakes are suggested items (mung bean cakes). The Mid-Autumn Festival gift box will undoubtedly make the recipient happy during the Mid-Autumn Festival with its Taiwanese mung bean cake, malt cake, and lotus seed cake. 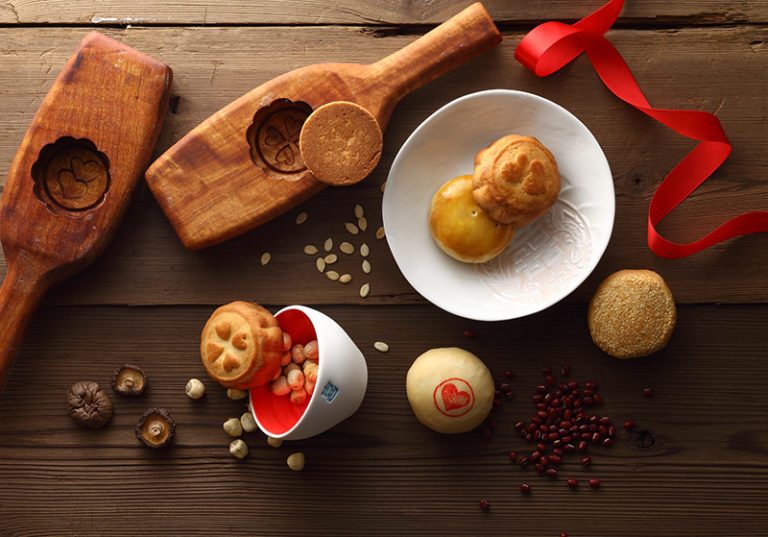 In the 1990s, " Jiu Zhen Nan " , the top traditional pastry brand in southern Taiwan, had a brand makeover. It steadily pushed towards modernisation and infused cultural components, making traditional pastries repeatedly inventive. It is also a favorite among many newlywed couples. Jiu Zhen Nan is well-known for its Taiwanese-style mung bean and egg yolk cakes in addition to traditional Taiwanese flatbreads and mooncakes in the Cantonese manner. Last year, Jiu Zhen Nan 's Mid-Autumn Festival gift box online store was completely sold out as soon as it went live and only available in-person purchase. Classic Taiwanese mooncakes made by Jiu Zhen Nan can be combined to sample a variety of desserts at once. It is the best gift you can give to business friends or friends & family. 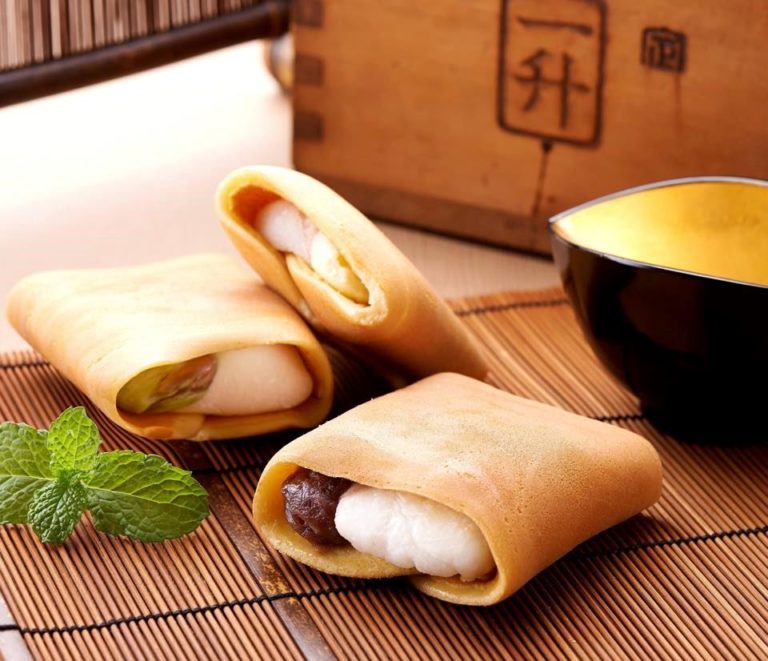 The owner of " Chen Yun Pao Chuan " is Chen Yun, who has been selling cakes in Fengyuan, Taichung, since the Japanese era. He began selling cakes at street corner in Fengyuan City, and the fourth generation is now carrying on his business. The contribution made by Yun is reflected in his name on the signboard. Pao Chuan little mooncakes, which are constructed of snowflake meringue wrapped with white phoenix beans and sugar filling, are the company's hallmark item. And the "Sun Cake," created by Chen Yun Pao Chuan, has won Taichung's first "Golden Word of Mouth Award" for three years running and is a local favorite as well. 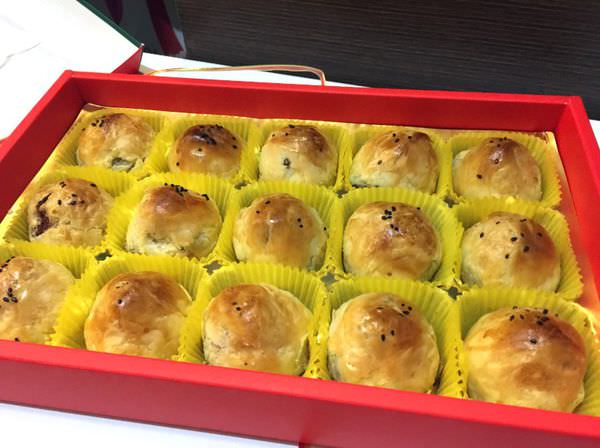 In comparison to other businesses, Changhua City's Fuji Square Bakery (formerly Fujiya), which is located across from Sanmin Market, is basically a neighborhood pastry shop. Don't undervalue Fuji Square Bakery despite the plain appearance of the tiny storefront. There is line-up before the Mid-Autumn Festival every year. With a layered outer skin and a mellow and creamy inside, Fuji Square Bakery 's iconic product "Egg Yolk Cake" is a (fat) snack that cannot be missed during the Mid-Autumn Festival. On the eve, there will be a long line of people waiting in front of the store to buy it. One individual can only purchase a maximum of 45 pieces due to the extremely high number of consumers, which highlights the appeal of Fuji Square Bakery Egg Yolk Cake! Hello Kitty Pineapple Mooncake gift set is your best choice for yourself or friends and family for any occasion !

Strictly selected New Zealand imported cream, and artificially made the soft parmesan cheese crust on the outside and soft inside, with 100% pineapple boiled pineapple filling. The filling is full of fruity aroma and sour but not sweet, and you can eat the original pineapple fiber. Rich layers, every bite is sweet and full of sour happiness ❤❤
Buy the Hello Kitty Pineapple Cake Gift Box now, and receive a Hello Kitty limited-edition porcelain plate, each of which is handmade by the craftman! How come the lines for Taiwan's famous mooncakes are so long? Let us queue for you and have them delivered to your home!

Want to buy traditional Taiwanese mooncakes to honor your parents, praise your staff, or say "thank you" to your friends? You no longer need to fly back to Taiwan to queue; simply get these mooncakes from Taiwan's famed old-fashioned stores on our online store.

Enjoy the convenience of sitting at home as the delectable cuisine is delivered to your door nearly immediately with a few simple finger clicks!

Better yet, take advantage of our limited-time offer of 15% OFF Coupon Code to save money on your purchases. Where in the world could something so amazing come from? Tap your fingers to get your unique 15% OFF RIGHT NOW!

Back to blog
Liquid error: Could not find asset snippets/clever-infinity.liquid